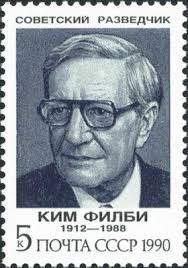 At the Fringe we try to bring you some exclusives and here - thanks to the noisy Steve Roberts - we have something you'll read nowhere else. We sent Steve a batch of daft questions and he showed great patience in answering them all politely and intelligently. Not that that should surprise us.
Steve is playing at Scrivener's Bookshop on 10 & 17 July from 1-2pm. Tickets are free but places will be limited so pop into Scrivener's soon and sort out a ticket (or phone 01298 73100).

1] We have quite a lot of Fringe events this year connected with the Cold War. Why do you think we are so fascinated and absorbed by that period in history?


I think perhaps there's a bit of nostalgia around it; it was like living through history if you're a person of a certain age. I was born the year the Berlin Wall was built so it was always there and it was a shock when it all came tumbling down. We also knew who the enemy was and we understood the reasoning. There where also some great films and books and culture generally as The Cold War was a battle for hearts and minds not merely territory. Today's conflicts seem a lot more confusing.


2] Many spies who sold to the Russians came from Britain's social elite - they had little to gain from their activities, so why did they do it?


If you look in to the history of it, you'll find that many of them didn't consider themselves to be traitors because they believed Stalin to be the only one capable of defeating Hitler and fascism and also that the tide of history was sweeping capitalism away and communism would replace it. One or two dabbled because it was fashionable at the time but some like Philby were committed communists.


3] A white, male James Bond: is that inevitable given the history of the Cold War period?


Well if he's kept in the Cold War period probably, but if he is to function today not necessarily. Bond, is no longer the property of those who created him; like Batman he's an icon who can be changed whenever.


4] In your show you will draw on Le Carre - want to tell us anything about less familiar figures who inform your writing?


5] You are performing in Scrivener's Bookshop - we love that. It is, shall we say, "intimate": will you be looking for any audience interaction/participation?


Well first of all I'm delighted to be playing in a bookshop, I love them. I'll be happy just to play to the books! At the least I'll be hoping to get some recommendations. I just hope people find it interesting and want to listen to my songs again, find out about and read some great books.


6] What qualities do you have that might have made you a good spy? Any reasons why you would have been a poor spy?


I'd have been a dreadful spy. I'm too loud, too nervous and too temperamental! The modern day spy is a lot blander than those of the Cold War era, I might have fitted in better then than now. Foibles and personality defects were more acceptable and I have plenty of them.


If you want to interviewed for the Fringe Blog do let us know. We're pretty friendly really! [e. entries