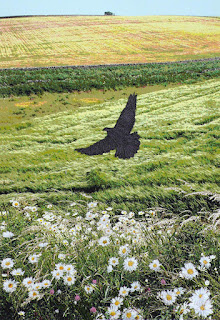 Despite all the social progress in our lifetimes it remains the case that women's voices are frequently unheard and women's experiences are discounted or trivialised. Buxton Festival Fringe does not choose or actively produce the events that make up the programme - that is down to people wanting to be part of our summer. It is good to see that this July the different voices of women will be well represented. What follows is not a comprehensive list and neither do we suggest that these events will present a coherent version of what it is to be a woman in 21st century western Europe. These and other shows in Buxton will, however, offer versions of women's lives for us all to share and learn from.

Among the comedy events are Abbie Roberts (22 & 23 July); Charmian Hughes (14 & 16); Harriet Kemsley (9, 12 & 13); Lucille Cailly (10-12); and Juliet Meyers (11 & 12). It looks like they will be drawing on their rich and varied life experiences - Abbie on her time in 1990s Russia, Charmian reflects on what life looks like at 60, Harriet's career has begun brightly but is she 'on the wrong train'? Lucille's experiences include poker and cocaine - she has had money but blown it; for Juliet an unexpected love has entered her life - a rescue dog.

Next Door Dance (20-22) is a group of five women and their show - The Beautiful Game - is a tribute to many aspects of football and the lives of its fans. In the music programme soprano Margaret Ferguson (15) will be delivering a recital of song of all sorts and Alice Kirwan (10, 17 & 19) will present a variety of solo harp music. Rachel Johnson & Jemima Palfreyman (14) return with duets for flute and piano and Elin Pritchard (19) sings eight arias that imagine how Anne Hathaway faced up to life as a widow on Shakespeare's death.

Les Trois Amies (23) are - three friends! Soprano Carol and piano duet Marianne and Heather return with a programme of song and music suitable for a summer evening. Three of the great voices of 20th century song were Billie Holiday, Bessie Smith and Nina Simone. Annette Reis (6, 17 & 20) will be singing some of the songs most closely associated with this trio. The lives of Rosa Luxemburg and Vera Brittain overlapped for a period at the beginning of the 20th century. The similarities in their experiences are slight, however. Hear something of their lives - Rosa (6) and Vera (13).

In the theatre section you could see "Dolly's Playlist" (15 & 16) in which a young woman makes sense of her life through songs that matter to her. In "Jane and Lizzy" (16, 17, 20 & 21), Ms Austen looks to her creation Lizzy Bennet for guidance. Constance Lloyd did marry Oscar Wilde but she achieved much more in a richly interesting life, "Mrs Oscar Wilde" (9 & 21) fills some of the gaps in the story. Geraldine Aron's play "My Brilliant Divorce" (15 & 16) tells of how Angela finds happiness after Max leaves her for a younger woman.

Little Glimpses Theatre Company brings the intriguingly titled "Nipple Tassles and Nursing Bras" (7, 13 & 21). Claire and Lucy meet at pre-natal classes in a story of "friendship, motherhood and burlesque". Actor and story-teller Joanne Tremarco has performed her show "Women Who Wank" (16, 18 & 19) a couple of hundred times - including some at Buxton Fringe 2015. The show is semi-improvised and may well work best with an audience that is willing to engage with questions of women's sexual experiences (rather than one that imagines that it is daring to say 'clitoris' in public). Joanne is a wonderful performer and can make you laugh and cry within moments.