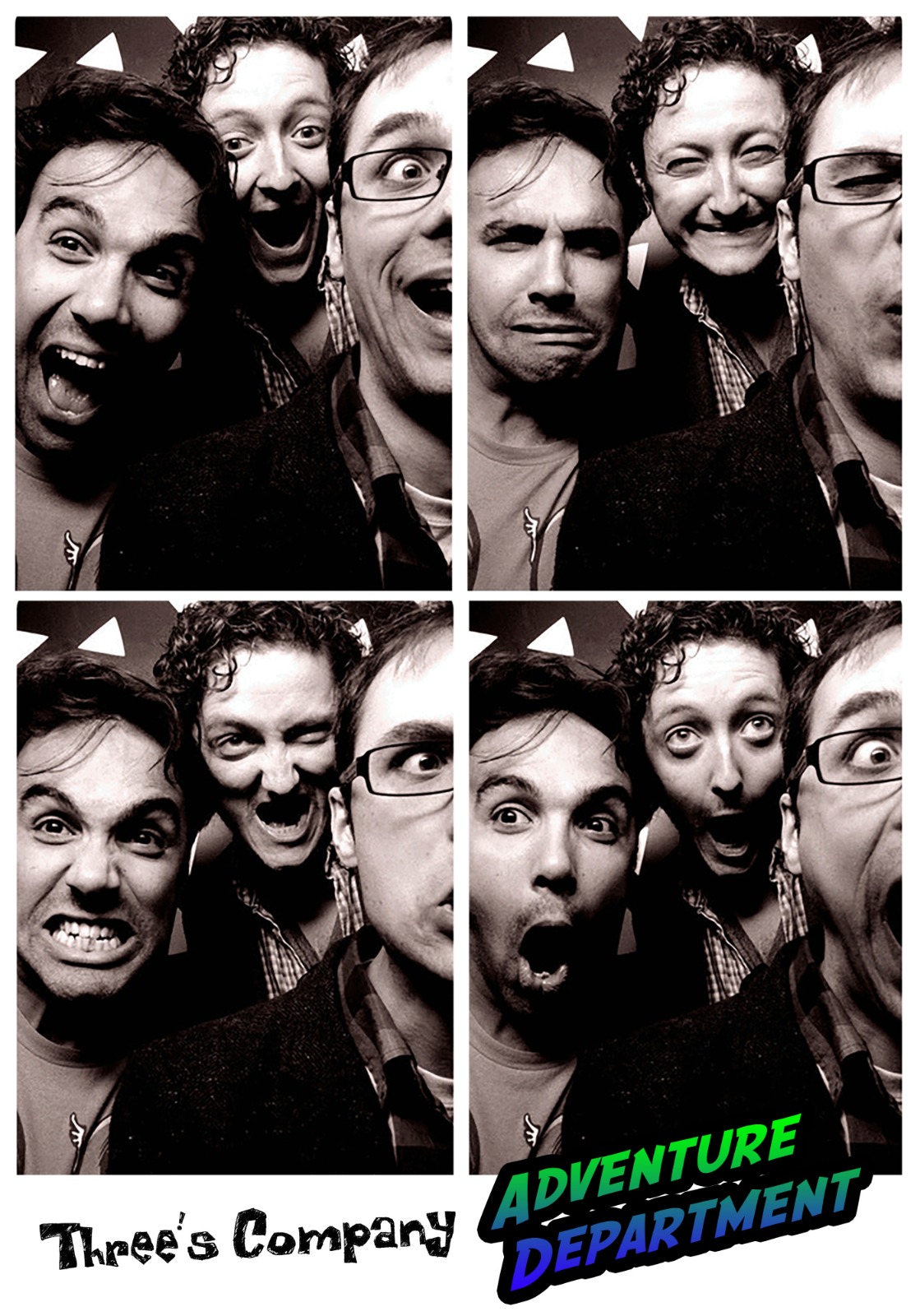 In a normal Fringe, which by now I think we have accepted the 2020 edition of Buxton Fringe is certainly not, Friday night was crammed full of comedy offerings, often at Underground Venues, and culminating in the always sold-out Barrel of Laughs.

But fear not, your laughter muscles can still get a work-out online. Underground may not be with us this year but Tom Crawshaw and Yacein al Shaater have teamed up with their old mucker, Michael Grady Hall in Three’s Company’s Adventure Department for their new serious theatre podcast (really?). Apparently things go a little awry in the first episode and they end up meeting a wizard on a magical island (sounds more like it). It’s even got star names like Les Dennis, Caroline Quentin, Rufus Hound and the great Youssef Kerkour from Channel 4's Home. It starts tonight (Friday 3rd July) at 7pm, with the first two episodes and the promise of more to come, but you an catch up at any time.

It is not always so clear where this year’s Fringe comedians are broadcasting from. Red Shed Readings presents Radio Free Kinsley, based in a bunker somewhere and presenting a high-pitched campaign for producing green-house vegetables with a guest appearance from possibly the biggest star on the Fringe this year, Orville the Duck!

Also tucked away, DNA scientist, Helen, is writing her PhD and invites you Inside the Labcoat to join her self-isolation, possibly in Cambridge, where she has yet to be asked to become a spy, or so she says. She invites you into her world of underconfident lifts, quirky buildings, and unconventional friends. She does this, in an attempt to prove that scientists are perfectly normal…honest!

There’s also plenty of comedy with a uniquely local flavour. Andy Quirk’s Parodies From the Peak District has been attracting a lot of early attention and features musical parodies capturing his experience of moving to the area and with subtitles so that people can sing along.

Later in the Fringe, Richard Pulsford hosts It Just So Happened, an alternative history panel show with stand-up sets based on Buxton’s local history and events that happened on the same day in history (it’ll be on July 18).


Sheridan Shacklethwaite’s Stalactites Secrets is a thoroughly researched, if entirely made up, virtual tour of Buxton’s Poole’s Cavern.

Deluded poetry teacher Andy Gilbert meanwhile invites Fringe-goers to join in a quirky lockdown poetry lesson with references to his hometown of Tamworth as well as Buxton.

Some performers are in confessional mode. Australian comedian Stew Walker, who made his sold-out debut season at the 2019 Melbourne International Comedy Festival, shares his musical quest to treat his sleep apnoea and bungalow blues.

It is good to see the return of popular Fringe regulars. The acclaimed Lucky Dog Theatre Productions presents The Laurel and Hardy Cabaret while madcap Mike Raffone offers a rip-roaring, highly interactive session of Lockdown Bingo live-streamed via Facebook every Wednesday night. You'll certainly need to participate and that requires a bit of preparation. There's a need to choose yourself 24 numbers beforehand and lay them out in a particular way on your very own Bingo Card, so check out the full details in advance.
Buxton Fringe