Local and Vocal at Buxton Fringe 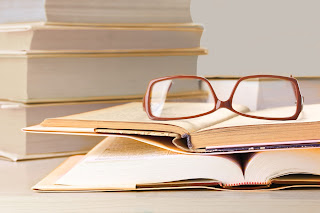 Buxton Festival may have its own prestigious Literary Series but Buxton Fringe should not be overlooked, boasting a thriving Spoken Word section featuring the Derbyshire Poet Laureate as well as many talented local writers.

Taking advantage of its position on the boundary between Derbyshire and Staffordshire, the Packhorse Inn at Crowdecote features Poets Laureate from both counties – Helen Mort from Derbyshire and Gary Longden from Staffordshire – both appearing as part of its Packhorse Poets evening. Meanwhile a new generation of young war poets can be heard at St John’s Church in New Thoughts – Old War. TheFED, performing at Buxton Tap House, also celebrates new writing offering five-minute performance slots. And poems go for a wander thanks to Stone and Water’s exciting Grinlow Poetry Trail, taking place in Grinlow Woods in conjunction with the Grinlow Art Trail which features enticing storytellers of its own.

True stories are often the most arresting so Vera Mellor’s A Cuppa, A Natter & Hidden Gems based on her published life story should be intriguing (thanks for coming to the Fringe programme launch, Vera!) as will Rob Coleman’s Ocean Going Idiot in which he describes his attempt to cross the Atlantic in a rowing boat. As he says himself: “Why?”

And the Fringe itself offers a longstanding tradition, Fringe Readings – a glorious lucky-dip of free readings in the cosy environment of the Old Hall Hotel. The late great Peter Low, former Fringe chair, will be sorely missed as a reader but he would be happy to see it continue - as he would that other great tradition, Fringe Beer, which he organised for us every year. Why not raise a pint in his memory at The Old Clubhouse and the Tap House thanks to Mobberley Fine Ales and Buxton Brewery respectively?

Over the next few weeks we will be highlighting further categories from our bulging Fringe programme - enjoy!

Posted by Marketing Officer at 11:55