A Nasty Little Play - a dark comedy for the Fringe 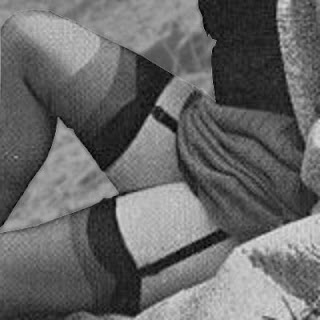 Chris Neville Smith is pleased to be returning to the Buxton Fringe for the third year running, with a new play written and directed by Alan Godfrey.
A Nasty Little Play is a dark comedy set in a seedy 1950s Soho 'Books & Mags' shop, where three punters and two dancers from the theatre next door are stuck together during a police raid. But in spite of the title, and in spite of the setting, the play is a comedy, set in a world of outwardly moral decency, Watch Committees, and the then ruling that nudes were only permitted on stage if they were not moving.

Author Alan Godfrey was in Chris Neville-Smith's first play at Buxton, two years ago, and had long ago suggested that Pauper's Pit would be the ideal venue for this little comedy. Professionally he is best known as a map publisher, but in the 1970s he wrote several plays for children, for touring nationally to schools. A Nasty Little Play is one of three dark comedies he has written recently, in a revived interest in the theatre, the first of which, Plan C, was performed as part of a 'New Writing Festival' at Durham's City Theatre in 2011, and in which Chris Neville-Smith played a leading role.

All three plays take laughter into otherwise dark or ambiguous settings in the belief that all of us have the capacity to be sad, funny and even ridiculous, often at the same time. Chris Neville-Smith's previous appearances at Buxton included The First Sign of Madness, as a writer/directory in 2013, and Waiting for Gandalf, written by Adrian Marks, in 2014, which was nominated for Best New Writing. This time he takes the - relatively - easy role of actor and producer. The cast of six are all members of Durham Dramatic Society.
A Nasty Little Play is showing at Underground Venues at 10.15 p.m. on the 19th July, 8.30 p.m. on the 20th July, and 5.45 p.m. on the 21st-22nd July.
Further details, including cast information, can be found on Chris Neville-Smith's website.