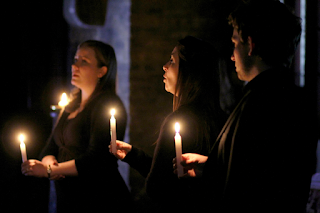 Now, we are not in favour of murder - or killing of any sort, but at the heart of many a good story there is an unlawful killing. At this year's Fringe we have experts on hand to help us understand how murders happen and how they transform the lives of affected survivors.

Stephen Booth is one of the country's top writers of crime fiction. Derbyshire detectives Ben Cooper and Diane Fry have tracked down murderers across the Peak District. Booth's well-established series of novels have gradually deepened our understanding of the personalities of Cooper and Fry and how their private lives impact on their professional work. Stephen will be in Buxton (July 14th) to talk about his new book ("Secrets of Death").

Comedian Alfie Moore was a Detective Sergeant and in his new one-hour show (10th & 14th) "Getting away with Murder" he will reveal how to choose your weapon and dispose of the body. This is comedy remember. See Alfie on the 10th and test out Stephen on the 14th we recommend.

In the real world Polish-born Communist revolutionary Rosa Luxemburg was murdered in Germany in 1919. Poet Jim MacCool tells the story of Rosa on the opening day of the Fringe (July 6th).

The composer Carlo Gesualdo was born 450 years ago. Apart from composing some of the most glorious music for the human voice Gesualdo is remembered for murdering his first wife and her lover having found them together in bed. The Marian Consort with actor Finbar Lynch tell the story of Gesualdo's last day. "Breaking the Rules" can be heard in St John's Church (22nd) and is likely to be a highlight of the Fringe.

There will probably be other murders. I'm told that Romeo & Juliet love story is grim in spots. Don't tell us though. Find an expert.