Pilgrimage and Lachrimae with Partita 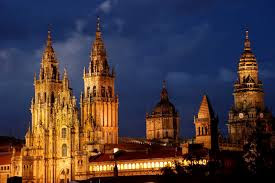 Partita has become something of a Buxton Fringe institution - having been a part of more than 20 consecutive festivals. Every year the ensemble brings something fresh and intriguing and 2017 will be no exception. Read on for full details of the two concerts planned.

The first concert (12 July) has medieval music by two English kings – Canute and Richard the Lionheart - and music on the theme of pilgrimage (to Santiago de Compostela) collected by the 13th century Spanish king Alfonso the Wise. Music by John Dowland will include a preview glimpse of a work that can be heard fully, in its original format for five viols and lute, in Partita’s second concert on 20 July [more details below]. The first concert also features Spanish renaissance and baroque music including songs on the themes of: a pilgrim who lapses from his high ideals when, while resting under an oak tree, he has a tempting encounter; a disappointed lover (waiting under another tree!) who waits in vain for her lover to arrive; and a robust expression of indignant pique from a gentleman who is just not getting what he would like! And – from France: Petit Jacquet happens to see something he shouldn’t and is told in no uncertain terms to clear off; a lively shepherd is also told to clear off; a lady with a toothache is offered an unconventional cure; and we hear from an a exceptional couple who are actually happy with each other and suffer only “an excess of pleasure”. To round off this first concert, we have music by Vivaldi and Bach.

Partita’s second Fringe concert (20 July) is a rather special event for us (and we hope of course, for our audience!) In addition to Partita’s regular line-up we have invited members of Chester Viol Academy to join us for a special recreation of a landmark Jacobean composition published by John Dowland in 1605 and written for the unusual combination of five viols and lute: ‘Lachrimae, or Seven Teares figured in Seven Passionate Pavans’. The seven pavans have latin titles which denote different forms of tears: ancient tears, new ancient tears, groaning tears, sad tears, forced tears, lovers’ tears, and true tears. The form of the pavan has a particular musical architecture of three repeated sections. Sometimes Elizabethan and Jacobean composers wrote elaborate variations or ‘divisions’ for the repetition of each section. When composed divisions did not appear in the printed music (as was the case in Dowland’s Lachrimae Pavans) there was a vigorous tradition of performers, especially lutenists, ‘making their own divisions’. For Partita’s version, lutenist Roger Child has taken up the challenge to recreate this practice so the performance will incorporate this new and unique addition to the original score.

Partita will also be taking up the opportunity presented by having five guest viol players (one of whom is also a distinguished lutenist and theorbo player) to include music for voice and viols, lute and theorbo duets and, as ever, music with our indispensable harp and harpsichord players.

In addition to the Dowland Pavans the concert will include music by Orlando Gibbons, John Wilbye, Martin Peerson, Athanasius Kircher, and Antonio Vivaldi.

Please join us if you can for one or both of our Fringe concerts."